The Arches of Hamilton

The cities that we live in and travel to come with them an incredible number of hidden gems and stories yet to be told. The roads we walk on, and bridges we pass under are the product of centuries of infrastructure building upon each other to become the places we love today. This is the story of just one example of a piece of history with a story usually left untold, The Arches in Hamilton, Ohio. 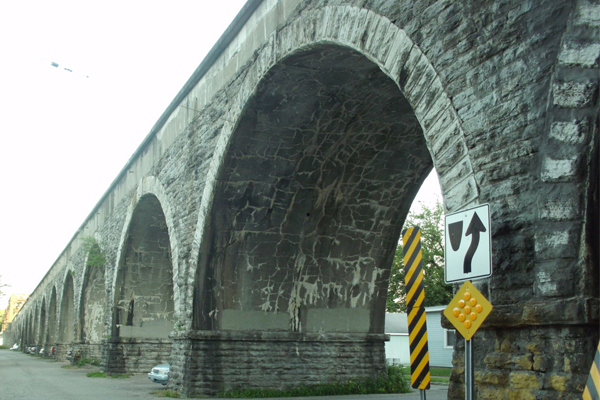 Towering high above the houses and business of Arch Street is a historic, architectural marvel. The 665-foot viaduct includes seventeen arches that seemingly go on for miles. Its stands proud over cars passing through, carries trains to and fro, gave the street its name, and is a local legend with a story all its own. 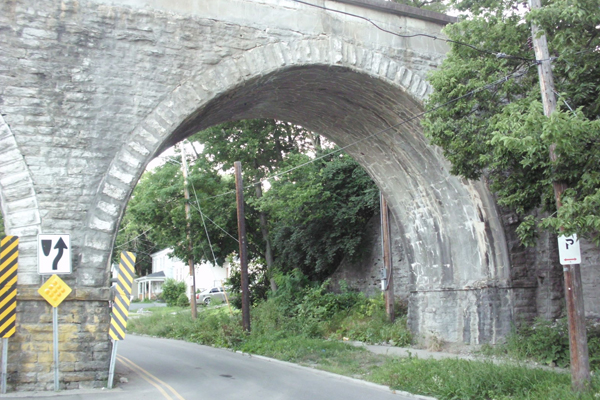 John S. Earhart was born in Jacksonburg, Ohio in 1824 before his family came to Hamilton in 1826. Earhart studied Civil Engineering at Ohio Farmer’s College, in the nearby College Hill neighborhood of Cincinnati. After completing his studies he joined his father working on various projects around the area including turnpikes, hydraulic canals, and railroads. These experiences, and his creative mind, would lead to the unique solution that we now know as The Arches. 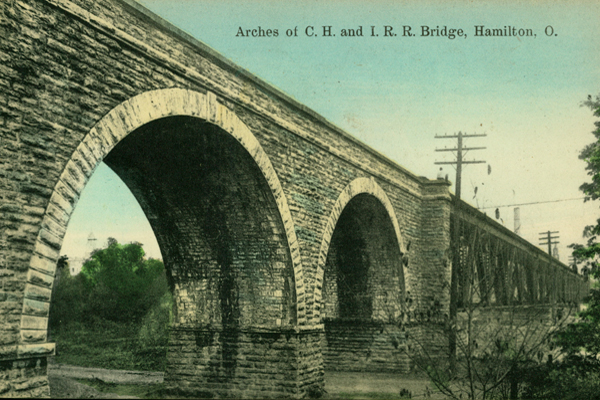 The first rail line to enter Hamilton was The Cincinnati, Hamilton, & Dayton Railroad in 1851. During this same time, another route was being built extending west. This track would connect Hamilton with Oxford, and stretch as far as Indianapolis, Indiana. The main challenge to overcome was finding a way to bridge the Great Miami River, and then climb the steep Rossville Hill. 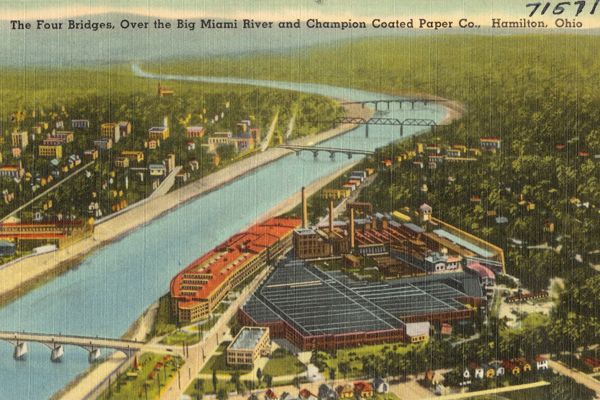 Earhart used his expert knowledge and understanding of the area to overcome the issues one step at a time. He began by designing the bridge over the Great Miami as tall as possible. Next came an embankment on the river’s edge to ease the climb. The key to this entire plan, and the success of the venture, was The Arches, a 665-foot viaduct that still stands today. Upon completion, this rail connected Hamilton to the rest of the area bringing people and product back and forth daily. 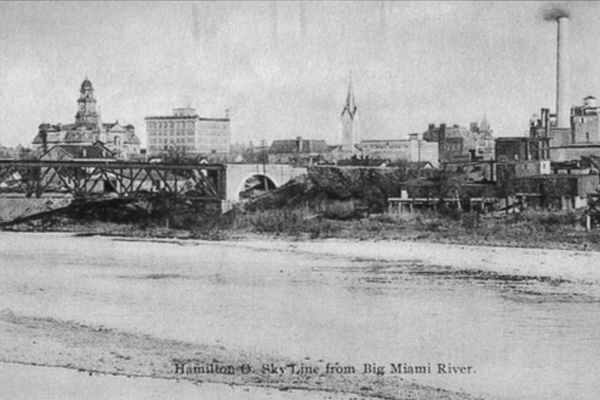 During the 1913 flood that ravaged through Hamilton, The Arches remained intact. A new bridge was constructed to replace the bridge over the Great Miami that washed away. The Arches stand not only as part of Hamilton’s history, but as a reminder of the people who played a key role in developing the city. 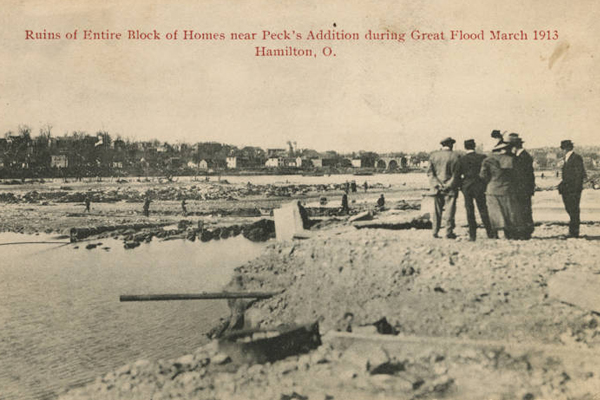 By the time the Civil War broke out, Earhart had taken his talents to be a Chief Engineer on the Miami-Erie Canal. He took command of Company C of the 35th Ohio Volunteer Infantry Regiment, and was appointed to be the Topographical Engineer. He died from illness at the age of 39 serving at Camp Thomas, near Winchester, Tennessee. Earhart was laid to rest at Greenwood Cemetery, just two miles from his Arches. 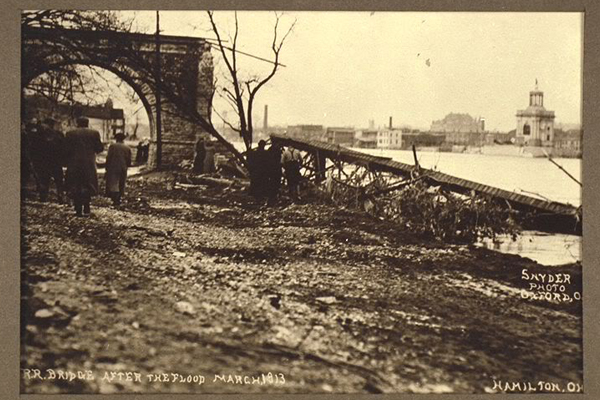 It’s easy to look past pieces of local history and accept them as commonplace. Next time you cross under one of the 17 arches, be sure to think of John S. Earhart and his creative solution.