When the front door swings open, you can hear the sounds of wood splitting, smell the freshly chopped boards, and feel your heart begin to beat with excitement. Competitive axe throwing has been wildly popular in Canada for years leading to leagues and independent facilities all across the country. Now, it is your turn to try out this addicting sporting craze as Class Axe Throwing opens this weekend in West Chester. 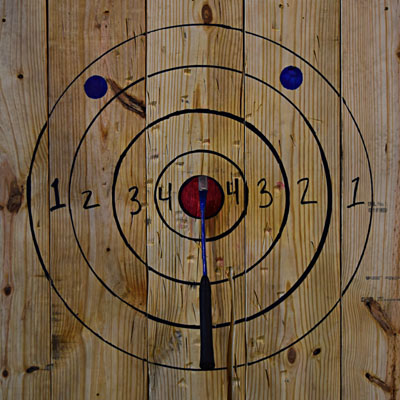 This was my first time attempting to throw an axe, ever. I had no idea what to expect walking in. I walked out after having so much fun that I cannot wait to tell everyone I know about it. The video at the bottom of this post gives you a sample of what it's like.

You begin your session by picking your LumberJack or LumberJane name. While you can try to come up with something on your own, if you ask, your instructor will give you a witty, wood-themed suggestion. For my round of play, I went with Spruce Springbrook. 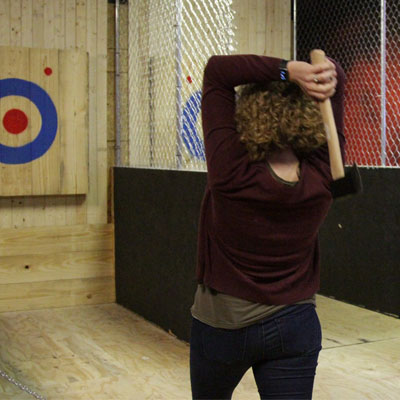 Novice to tossing axes? You are not alone. One of the best things about the whole experience is the hands-on training before the games begin. In addition to an introductory safety lesson, your instructor will make sure you know what to do.

It's not as hard as it looks, really. As awesome as you'll look throwing, the actual physical motion is not as tricky as it seems to master. It might take extra time to get your aim down and hone in on the bullseye, but contact is not far away. 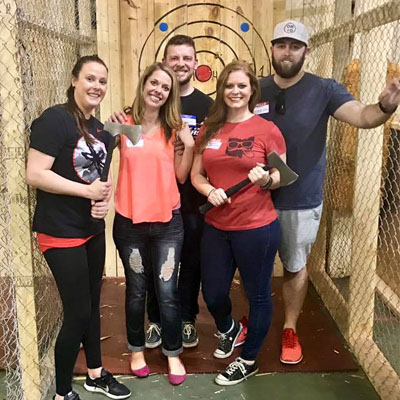 Once the practice swings are over, let the games begin! Three rounds of competitive team games lead into the ultimate challenge: competing to take home the title of Lumber Lord. After each round of play a trophy is awarded to the team that reigned supreme. Our first game was Timber, which is essentially an epic game of knockout with axes. With a hype-up soundtrack to accompany the games going behind you, it’s easy to get into it.

After three rounds of games and awarding team trophies, the Lumber Lord competition begins. It's a double elimination head-to-head battle to see who has learned the most, and can take home the coveted center board and Lumber Lord stamp. It is an intense battle that tests your mind, body, and soul. Following four rounds of play, it came down to me and my instructor, Hank (his LumberJack name). In the end, I was ultimately victorious. I walked away winning the title of Lumber Lord. 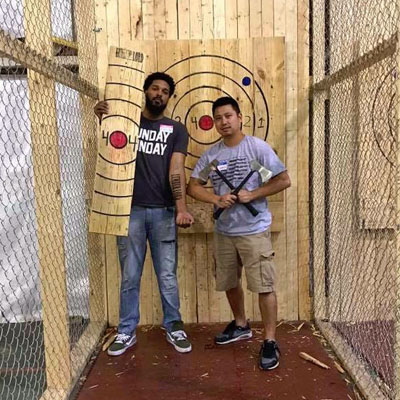 This non-traditional active entertainment complex is the perfect way to mix up any event or night out. It's amazing how engaging and exciting the whole experience can be, and how good you can get at axe throwing in a short amount of time. If you're looking for a spontaneous adventure, or a way to shake up the routine, this is it.

Opening this weekend on a small scale, Class Axe Throwing is revving up to have quite the facility. Up to 40 people will be able to play once it is completed in the coming weeks. In addition to axe throwing, the facility will also house four escape rooms.

Axe throwing is not a native or well known activity to most in the United States. With facilities like this opening up I have a good feeling that's about to change. Take a swing at adventure, and try out Class Axe Throwing. You won't regret it.