Remember Butler County's favorite couple, Ralph & Alice? The Bald Eagle couple is going on six years of building their nests in Hamilton. Ralph and Alice are currently on their sixth mating season together and have previously had 12 Eaglets in total. 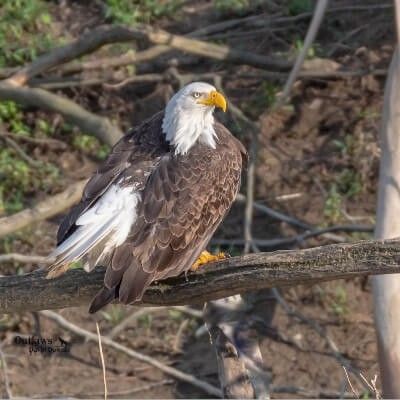 This past January, we posted a blog all about their new nest for this year... and we're excited to announce, their Eaglets have hatched! 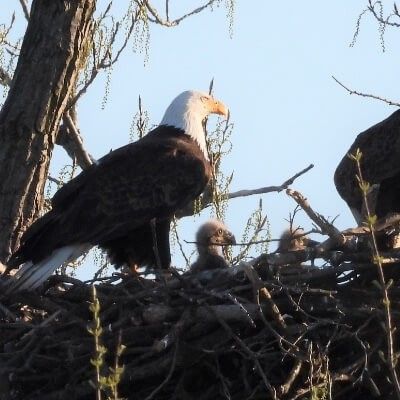 Since the hatching, which occurred sometime in the first week of April, it looks like Ralph and Alice have two young Eaglets in their nest.

Young Eagles grow rapidly, gaining about 1/2 a pound every week until they reach 9-10 weeks old. 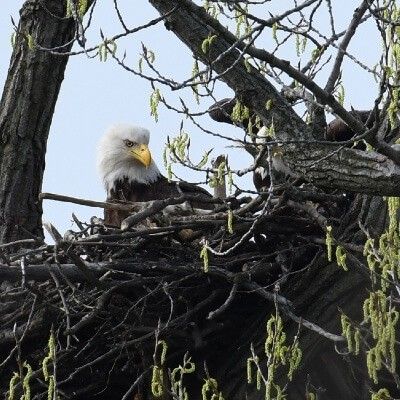 A young Bald Eagle's growth usually goes like this: 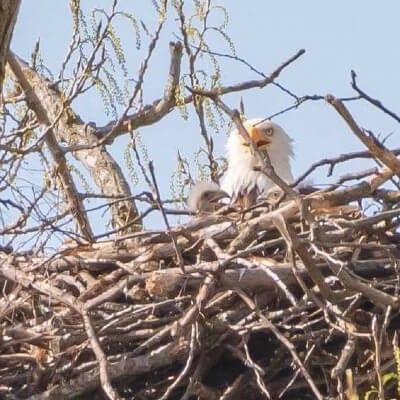 When the Eaglets first hatch, they are covered in "Downy Feathers" which are excellent insulators, but are useless in terms of protection and strength. Eaglets must develop their juvenile feathers before taking their first flight.

Typically, Bald Eagles do not get their white feathers until they are 4-5 years old. Some may have residual brown for more years or may never entirely lose it. 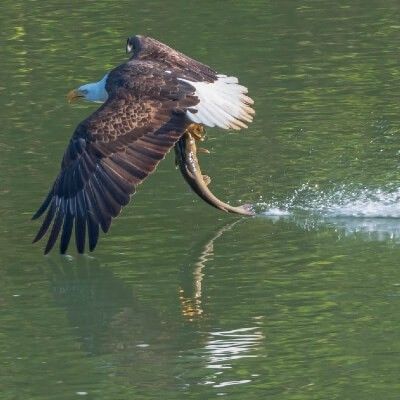 After fledging, the Eaglets may stay around the nest for 4-5 weeks while they take shorter flights and allow their juvenile feathers to grow and strengthen. In that time, the parents will still hunt and provide all of the food for their young — like Ralph is doing in the photo above!

The Eaglets continue to get bigger and bigger and are currently about 11 weeks old. These last two photos were taken by David Downie on May 18th. David has been photographing Ralph & Alice for the past five years, and started the Ralph and Alice Facebook Group along with some other photographers. 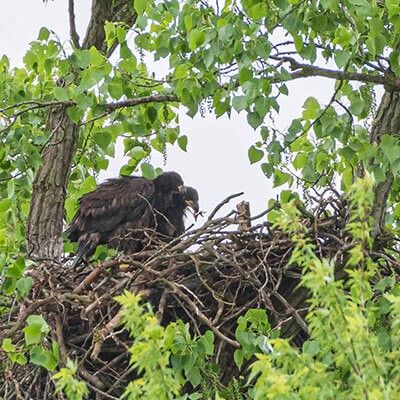 "Today is day 49 since our first hatching of this years clutch," David says, "It is hard to imagine these eagles weighed just a few ounces and were 4-5 inches at hatching." 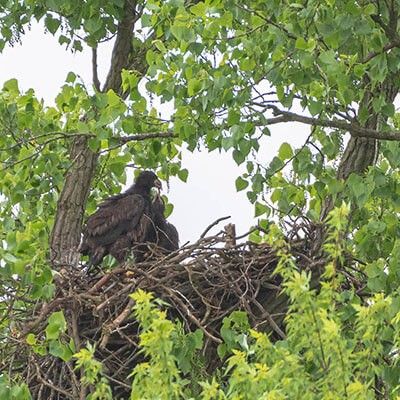 It appears that these young Eagles can feed themselves now, which means the next step in their growth will be their first fledge. As of right now, we are a few weeks out from Ralph and Alice's young Eagles' taking their first flight from the nest. \

The Eaglets continue to grow, and both have taken their first fledge! "Our young eagles have already found their sense of adventure as they have already been exploring the river corridor," says David Downie. "All of this is necessary if they are to learn how to survive on their own." 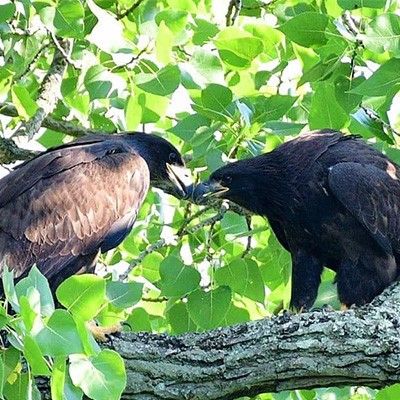 In their first 5 years of life, Bald Eagles mostly keep their brown feathers. There is a transition in plumage over those first 5 years and most birds attain the classic adult pattern (like their "bald" white heads) between their 4th and 5th year. Some may have residual brown for more years or may never entirely lose it. Their yellow beaks develop the same way; just like plumage, their beaks move closer to a classic color as they are closer to maturity. Most birds have a clean yellow bill by their fourth year.

For size reference, look at the photo below of one of the Eaglets standing near a baby deer. 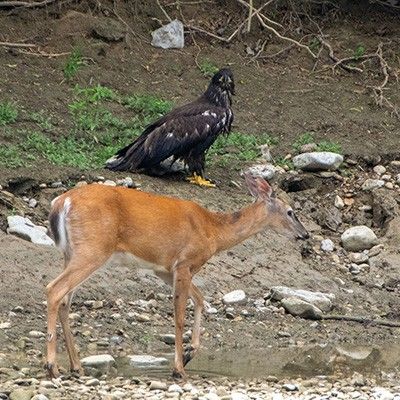 These two Eaglets in particular started taking their first flights around June 17th, and will continue to learn in the upcoming weeks. "The young eagles will remain in the area for the next 4-6 weeks before they move on and Ralph and Alice stop attending to them," David explains, "Ralph and Alice stay in the area but will vacate their nest area they will return in the fall and start the process all over again."

Stay tuned for more updates on Ralph, Alice, and their new Eaglets!