In the age of the smart phone, actual human interaction seems to be rare... but it doesn't have to be! Books & Brews is the reinvented book store, offering craft beer, a big menu, and the perfect opportunity for people to connect.

Books & Brews began as a passion for books, beer, and bringing people together. Jason Wuerfel founded the bookstore combined bar in Indianapolis back in 2014. Since then, the franchise has grown into ten locations, with their only location in Ohio opening up in Oxford!

The owner of the Oxford location, Ann Kamphaus, saw an opportunity to make her lifelong dream of owning a bookstore a reality, and decided to take the chance. She loved the mission of using beer, books and games to disconnect people from technology and reconnect them as a community. "When I deiced to open a bookstore, my husband and I met with Jason to visit his other locations," Ann explains. "We had a lot of the same philosophies about disconnecting people from electronics. Bookstores were kind of reemerging as a trend, but you just needed a different angle." 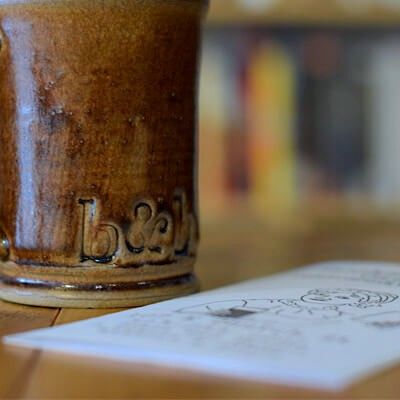 “The fundamental flaw of the bookstore is that it’s designed to be quiet and not let people connect to each other,” Jason Wuerfel told The New York Times in an article. “When you encourage people to walk around, and you have books and board games and music that breathes life into spaces, you naturally provide the framework for social engagement.”

It was Ann's love for literature and bringing people together that inspired her to open up Books & Brews in Oxford's community. She purchased her franchise rights back in 2017, but sat on it for over a year until she could find the perfect location. She looked all over Cincinnati, but when it came down to finding the best spot, she knew that Oxford was home.

Ann and her family moved to Oxford almost ten years ago where she fell in love with the local community. At the time, she was working at the local Hospital with her friend Chrystal Matix. The two are avid readers and share their love of books and their love for their community. They often talked about books and what it would be like if they were to open up their own bookstore. When Ann decided to open up Books & Brews, they both left their jobs and Chrystal became the Manager.

"She's very creative. I'll come up with an idea and Chrystal just runs with it," Ann says. "She texts me all the time with new ideas," Chrystal adds. 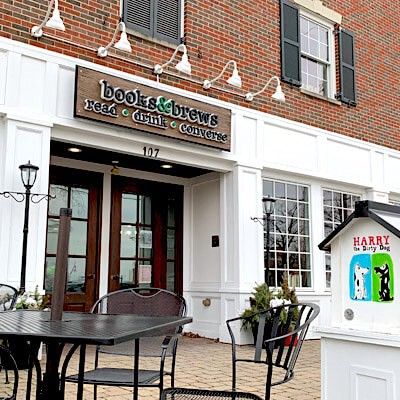 Located in a college town, Books & Brews has become a popular spot for Miami University students, the local community, and out of town visitors. "My favorite part has been the team we've put together," Ann says. "I've loved getting to know the students who work here, we're like a big family."

As a bookstore, cafe, and a hangout, Ann knew it would be important for her store to be cozy and homey, so she centered her decor around making customers feel at home. "My sons always say Why does this look like our house? and it's because I wanted it to feel homey, I want everyone to be comfortable here," She says. 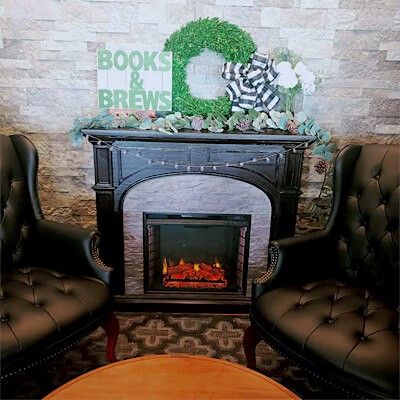 Ann's homey touch is one of the things that makes the Oxford location different from the rest. Since Books & Brews serves as a "home away from home" for many college students, it's also become popular spot for their families who are visiting.

"Parents come in all the time and say thank you for providing a place that is different and safe and my kids love coming here," Ann says. 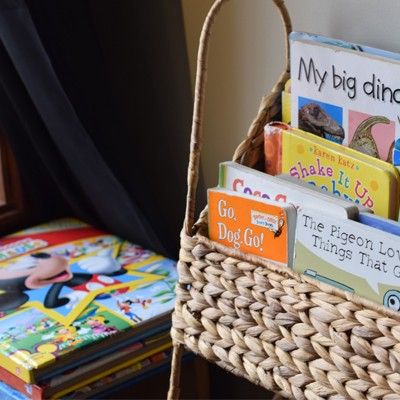 "My kids love coming here with me," says Chrystal, who is also a mom of two and has lived in Oxford for most of her life. "There's not always a lot for families to do together in Oxford, so we try to be a place for everybody. My ten-year-old says it's the best bar she's ever been to."

While the location is known for being home to Miami University, it's also a big community of families and people who have grown up in the area. While there's a lot of fun happening at Books & Brews, it doesn't stray away from it's core. The walls are lined with bookshelves and the books are only $3 to purchase. Oxford's location also offers Free Book Fridays, where anyone can take home a book of their choosing... and it always keeps them coming back for more.

Ann also donates some of the profit to The Oxford Literacy Team, which helps fund summer reading programs for local kids. "Early childhood literacy is a passion of mine," Ann says. "I used to be a Youth Service Librarian before moving to Oxford, and just as a mom I would read to my kids all the time." 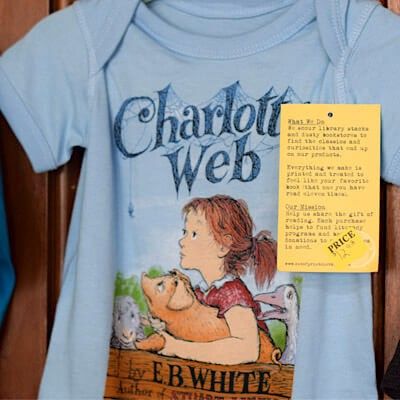 Bringing people together through books, drinks and games is what makes Books & Brews such a unique place to hangout— and it's been a great place to connect Oxford's community of college students, local families and out-of-town visitors.

Ann remembers when she first told people about her concept and she received some doubt. A lot of people said the younger generation won't want to spend time in a bookstore, but Ann believed differently... and it turns out she was right.

"Kids really seem to really like it. This generation has been connected to electronics since they were young, but they also still like to play games and they don't get that a lot of places anymore," Ann says. 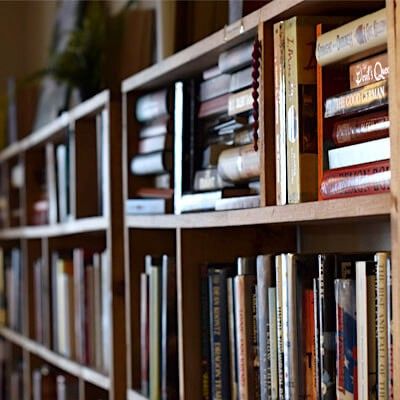 Ann and her family always would play board games and have Yahtzee nights, so she thought if her sons liked it, they're had to be more people who would too. After opening, people were coming in saying Oh, we play this at home all the time! or I used to play this game when I was younger!

"It's just so good to disconnect, reconnect person to person and have conversations," she says.

On any day you can walk in and see students studying, children picking out their first book, groups of friends enjoying drinks and cards, or families having dinner and a game night. 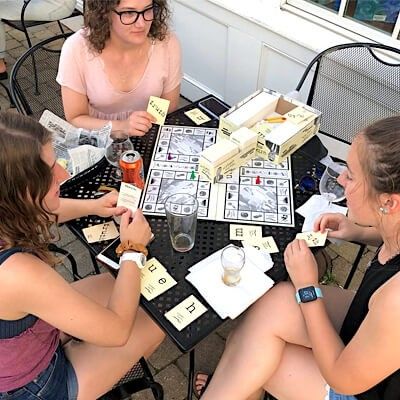 You can find almost anything for the perfect game night— from classic favorites like Monopoly, Battleship, Checkers and Scrabble to new games like Risk, What Do You Meme?, and Apples to Apples.

"I just think it's so important, especially in a college town with incoming freshman who might not have anybody, to have a place to meet and connect with people over coffee and a board game," Chrystal says. "You learn a lot about people when you play board games." 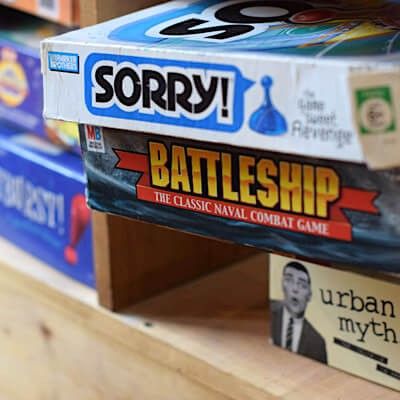 Ann and Chrystal say you rarely see people sitting on their phones at Books & Brews. It's really a refreshing place for people to take a break from technology and engage with their friends or family— whether thats through literature, games, drinks, dinner or all of the above!

Another core aspect of Books & Brews is... their brews! Every location serves the four core Books & Brews beers which are all literary related of course. "My husband's favorite is the Clifford Ale, and it's probably one of our best sellers out of the core four that we sell," Ann says.

"My favorite is the Nancy, named after Nancy Drew," Chrystal says. "It has a really nice grapefruit finish to it." 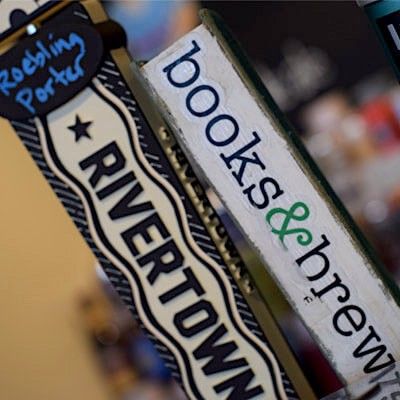 Along with their core beers, they also carry a variety of other craft beers, some local to Butler County. "We just started carrying Rivertown, Municipal and Figleaf," Chrystal says.

"I try to pull from as many local breweries as I can. I just think it's important as a local business to support other local businesses," Ann explains.

Books & Brews in Oxford has the largest craft beer selection out of any other bar in the area, but they have more than beer too. There is also a variety of cocktails, wine, and soft drinks as well as coffee and lattes. Sunday brunch with coffee and mimosas has been a huge hit with their customers... who wouldn't love breakfast and a friendly game of Battleship? 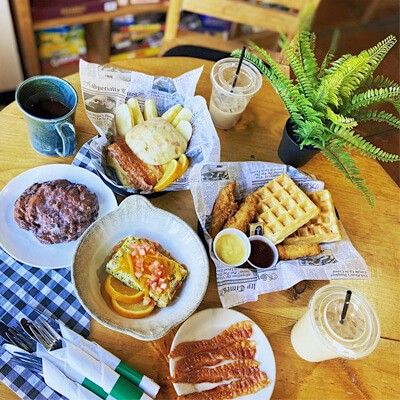 Books & Brews opens at 9am and closes at 9 or 10pm depending on the day, so it's a great option whether you're looking for breakfast, lunch or dinner.

"We make a really good giant soft pretzel that we serve with our beer cheese, and we make that with our Clifford Red Ale, and that's been very popular," Chrystal says. 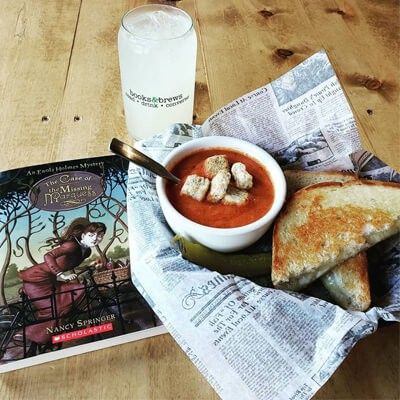 The beer cheese can be ordered as a side with anything as well, so a lot of people like to order it with fries or chips. Ann and Chrystal have also added menu items for their location specifically, like a breakfast sandwich and salad options. And of course, all the menu items are named after literary references too.

For those who are also book, beer and coffee lovers, Books & Brews has their B&B Mug Club. It's a one time fee to join and it never expires. Each club member gets their own B&B mug and receives special perks and discounts. 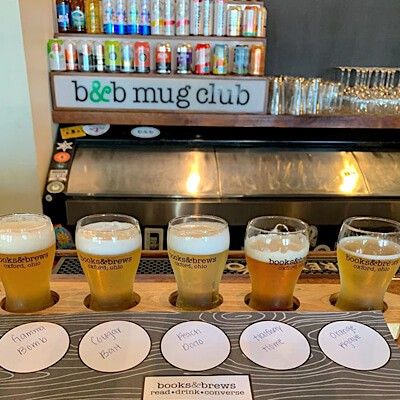 Ann and Chrystal are now promoting their events and parties too for anyone who wants to have a birthday party, baby shower, engagement party or any type of event with a fun book-related theme.

"One of my grandkids wanted to have her birthday party here. She was turning six and it was a Harry Potter party," Ann says. "She had to make sure we knew she was in the Ravenclaw House, so we could make it Ravenclaw colors."

The Books & Brews team creates their own fun themed events as well, like their Great Gatsby New Years Eve party and their Murder Mystery  Mardi Gras party. Next year they're planning a Time Travelers Ball for New Years Eve 2021. 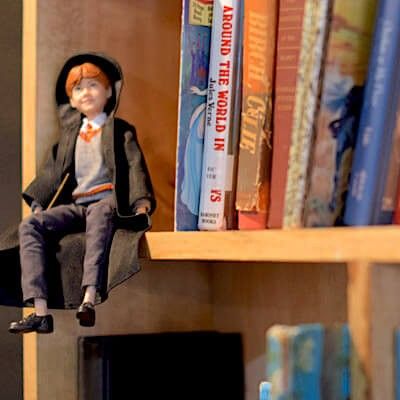 Ann and Chrystal are always coming up with new ideas, events, and partnering with other local businesses. They do Paints & Pints, Star Battle Saturdays for Star Wars fans, and are always updating their calendar with fun events.

Books & Brews has brought so much versatile fun to their community with these events. It's become a place for anyone and everyone to enjoy.

Whether you decide to plan a game night, stop in for coffee and a book swap, or attend one of their events, you won't be disappointed by the positive vibes at Books & Brews.

"This is our home. This is where we have a community, and where we want to build more of a community," Chrystal says. 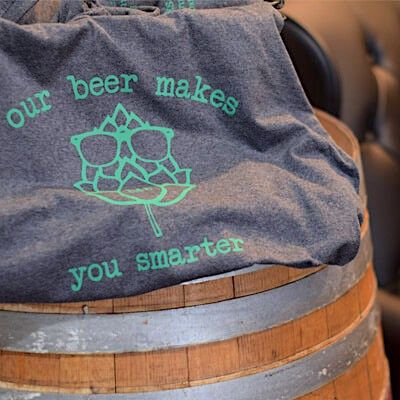