How much do you know about Butler County, Ohio?

Have you seen Butler County's flag flying high? Our flag features the clock tower of the historic Butler County Courthouse, showing the time at 8 o'clock.

The flag was designed by Gene Egleston of Egleston Advertising in 1997, according to flag expert John Purcell.

Butler County, Ohio was founded on March 24, 1803 — only about 3 weeks after Ohio first became a state. The county is named in honor of Major General Richard Butler. All together, our county is made up of 12 great cities and towns: 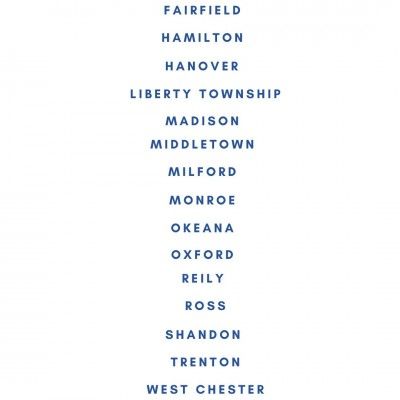 Can you find all 12 of Butler County's cities and towns below? 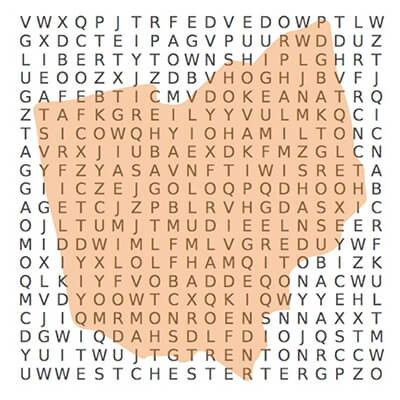 For the answer key and more Butler County games, check out our Activity Book!

The BC is located in the southwestern corner of Ohio. This rural area was known for leading the powerhouse behind the brewing industry in Ohio. Butler County has had a long history of agricultural dominance in Ohio, as West Chester and Liberty Township were the areas with the best farmland, and Hamilton fathered a ton of agricultural equipment companies that innovated farming across the country. 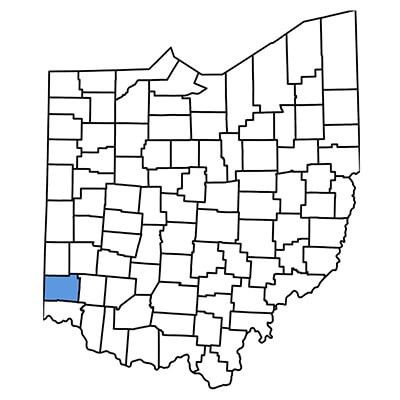 In the late 1800s, brewers like Moerlein, Hauck, Windisch and Muhlhauser all maintained summer homes in Butler County and operated some of the largest farms in the area catering to the production of beer. Along side our brewing history, our county is known for some other pretty cool things too:

And it doesn't stop there. Butler County in its entirety is full of fun, unique experiences, and rich history.

The Butler County Courthouse has held a lot of historical significance and beauty through the years. It's clock tower is just one beautiful aspect of the building — which is why it's probably featured on our flag! 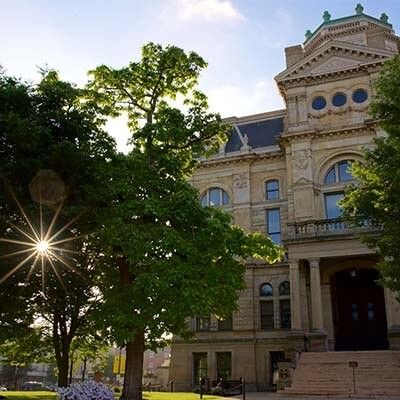 The county built the first courthouse on this public square in Hamilton— our largest city— in 1810. The two-story stone building contained a jail on the first floor and a courtroom on the upper level. A new brick two-story courthouse was built on this square in 1817, and the clock tower that is featured on the flag was added to the top of the building in 1837. 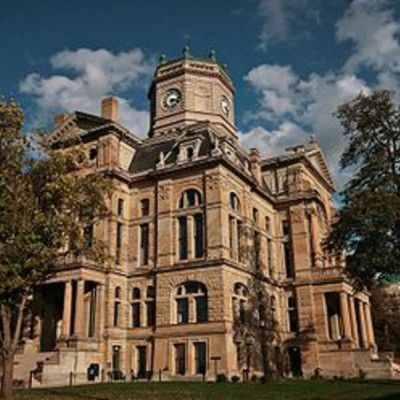 You can learn more about the courthouse, it's history, and it's architecture along the Hamilton Historical Driving Tour — the courthouse is Stop #6!