Chocolate Fit for a King...

Hidden down on Gilmore Street in Hamilton is a charming chocolate store known for their signature truffle cakes. Cookies and Cream, Black Raspberry Cheesecake, Triple Chocolate and so many more— Ruby's Chocolates are almost too exquisite to eat...almost.

You know when something looks too pretty, it usually doesn't taste as good as it looks?

"That's not the case with our truffle cakes," says founder, Melinda Mueller. "To me, they taste better than they look, and that's a great accomplishment." 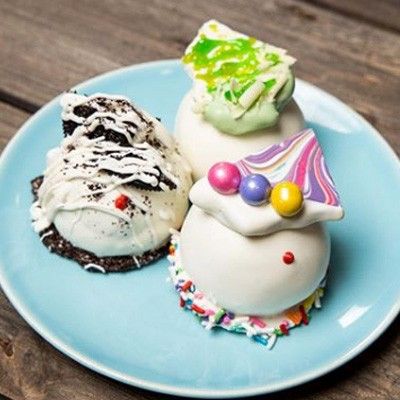 Ruby's truffle cakes are made similar to a cake-pop but with ganache. Each truffle is made with moist cake, ganache, then covered in Ruby's signature milk, dark, or white chocolate, and finally topped with a salty or sweet finish. With over 20 different flavors and designs, it's nearly impossible to not find more than one favorite. 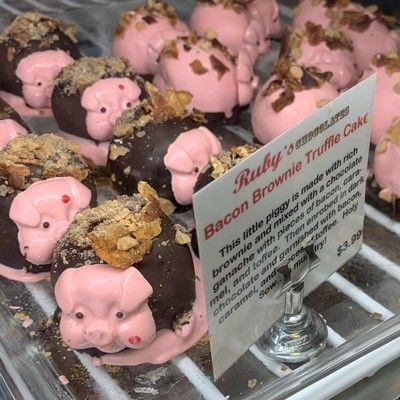 And behind every beautiful piece of art, is an inspiring success story.

Melinda's chocolate confections started as a hobby in her home kitchen. "During the holidays I used to make chocolates as gifts for family and friends. I would order about 100 pounds of chocolate," she says. "I love sweets myself, so I make everything the way I like it, which is really rich."

Her friends and family raved about her chocolate creations and told Melinda she should do it for a living, but for years it remained only as a passionate hobby of hers. It wasn't until later that she received the inspiration she needed to go all in.

In 2008, Melinda’s brother passed away and professed to her that he wished he had done something more with his life. Melinda had always wanted to work for herself, and this was her eye-opener to follow her dreams. She decided then and there to start up her very own chocolate shop.

Her products— especially her truffle cakes, became immediately popular. Melinda quickly got in with Dorothy Lane Market and Jungle Jim's to sell her products. She worked out of her house for about six months before the orders began to get too big for her home kitchen.

But soon after launching her business, Melinda's personal life took a turn and she was faced with some big challenges. After a divorce, filing for bankruptcy and loosing her home, Melinda opened up Ruby's Chocolates in Hamilton with only $25 in her bank account. People doubted her, but she took a leap of faith.

"I believed in what I was doing," she says. "I was so passionate about it that I wanted to continue. I always take pride and go above and beyond in what I do."

During this time, Melinda had no choice but to live in the back of her chocolate warehouse. While living there, Melinda filled the walls with handwritten quotes, uplifting messages, and bible verses.

"At first when I started writing them I thought they would be for other people to read," she explains. "But I've realized they're really for me, to remind me where I've been." 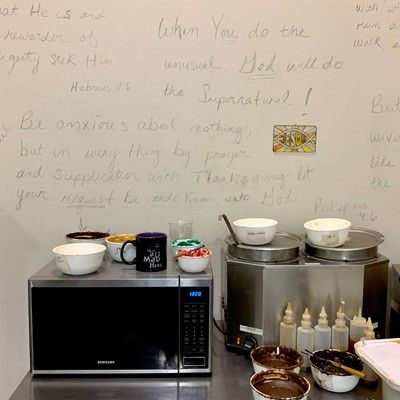 No challenge or setback could keep Melinda and Ruby's down. Now, almost ten years later, Ruby's Chocolates is thriving. Along with their home office in Hamilton, Melinda is opening a retail location in Oakley this December. Her two sons have played a big part in her success and new location as well.

"We're very close and they wanted to help me grow the business, because they believe in the business too," she says. 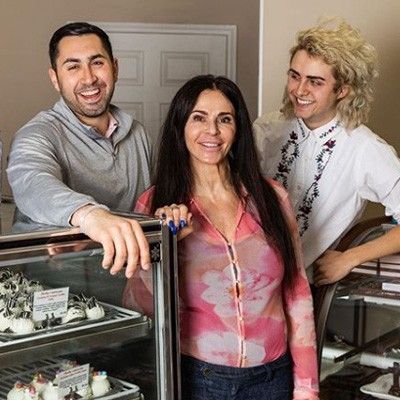 With the growth of her brand,  customers often ask Melinda..."Are you Ruby?"

Melinda believes she hasn't done enough in her life yet to have something named after her, but instead named her shop after her grandmother, whom Melinda has looked up to as one of the most important role models in her life.

"She was such a strong woman," Melinda says, "As a child, I would look at her and think, I want to be like her when I'm older."

Melinda works to embody Ruby's strength, which is why she wants her business to be known for their big red Ruby's R.

"When I was young, my grandparents founded a nursing home and my grandmother would sign all of the checks with a big R," she explains.

Melinda says she will never forget the story of when she asked her grandmother why she used such a big R with her name— "She looked at me, she was completely serious and said, because I'm a very important person."

After many years, that memory still remains prevalent in Melinda's mind. Ruby always taught her to walk with her head up high. "Stuff like that really sticks with you as a kid," she says. So when Melinda's business took off despite her personal hardships, it only made sense for her to name it after the strongest woman she's ever known. 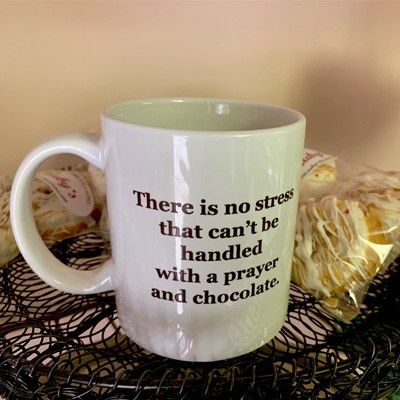 Ruby's truffle cakes are a must-try. Ruby's Chocolates offers individually packaged sweets that are available at both locations, but they also take custom orders for events, weddings, birthdays, Valentine's Day and more. Alongside the signature truffle cakes, you can also choose from a variety of Joysticks (chocolate covered pretzels), Buckeyes, and Pecan or Cashew Brittle.

Ruby's always welcomes walk-in customers at their location in Hamilton (and soon to be Oakley location) as well. You can stop in for one of their staple truffle cakes and purchase gift sets or packaged treats as well. There are even bags of signature Ruby's Chocolate melts and other ingredients for purchase to use when you're baking on your own.

If you're looking to stop by for a quick treat, I'd definitely recommend the Black Raspberry Cheesecake, Cookies & Cream, or Bacon Brownie Truffle! 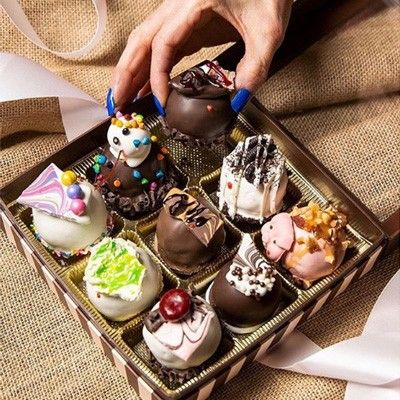