The Hughes Schoolhouse: A Moment Captured in Time

I relish in glimpses of life from the past. The majority of the time, this merely includes admiring my dad’s impressive record collection or carefully flipping through the photographic slides of my grandmother’s stereoscope. But recently, I walked into a moment that was captured in time – a beautifully preserved and architectural maven in Liberty Township; The Hughes One-Room Schoolhouse. 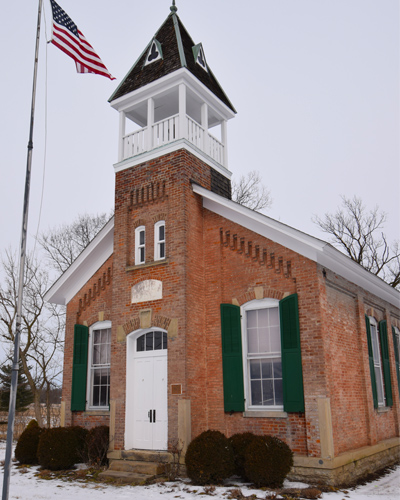 Walking into the Hughes Schoolhouse feels equivalent to taking your first few steps out of a time machine and into the 1800s; the entire space is true to its period. About a dozen rod iron desks sit facing a large chalkboard and a starkly intimidating teacher’s desk. If you look closely, you can spot the desk carvings of daydreaming students; a pastime that lives on in schools everywhere. You can even ring the bell that lives inside the steeple. 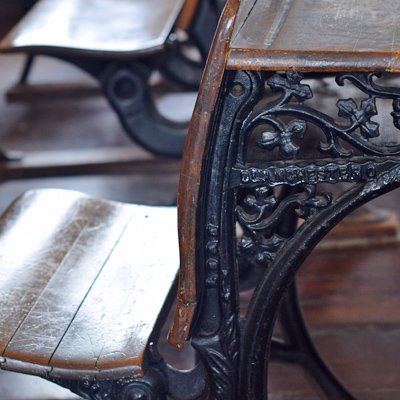 The Hughes one room schoolhouse opened its wooden doors in 1886. It functioned as a learning space for first through eighth graders until 1922. The teacher at the time would assign one grade level a series of tasks and then switch gears to teach a completely different curriculum to the other students. The location of Hughes was central for many families and allowed the children to walk to school. During the late 1800s/early 1900s, it ran as one of six schoolhouses in the Liberty Township area. The remaining two still standing have become residences. 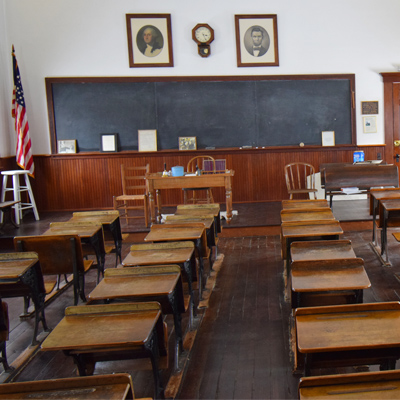 By 1922, the children had outgrown their one room schoolhouse and moved next door to the Bethany two-room schoolhouse; the building that later became The Liberty Township Early Education School. Once this switch was made, the Hughes Schoolhouse was converted to a home for the Bethany Schoolhouse janitor. He and his family needed to live in close proximity to the school in order to keep a watchful eye on the space and fire up the boilers daily. 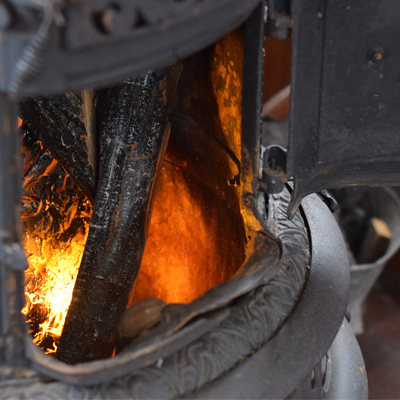 In the 1950’s, the now living quarters of Hughes shut down and remained an unoccupied storage space for several years. Time and vacancy were not kind to the once abundantly thriving schoolhouse. It succumbed to the expected wear and tear of an inhabited building; however, little did it know that it had a bright future ahead.

The Rehabilitation and Preservation of Hughes Schoolhouse

Flash forward to 1970, a group known as the Community Club, later becoming the Liberty Township Historical Society, got together and refused to let this piece of Liberty history fall into disarray.

They began the process of rehabilitation. Carpenters, electricians, wall plasterers, and other general laborers tore the inside out, breathing new life into this symbol of community heritage. Paul Stumpf, the president of the Liberty Township Historical Society, ran the bulldozer on the weekends. In order to pay for the renovations, The Historical Society sold chocolate chips at different events around the county.  It took around two years of labor and love to get the site back its original glory. The Hughes Schoolhouse was dedicated and reopened on June 14, 1976.

Keeping it True to Period

Many of the original windows from 1886 are still in place; only showing slight signs of age. The rod iron desks equipped with inkwells, range from the 1880s to the 1920s, hail from a school in Southeastern Ohio. The books were all donated, including an old Webster’s Dictionary and a set of McGuffey Readers that sits atop the teacher’s desk. 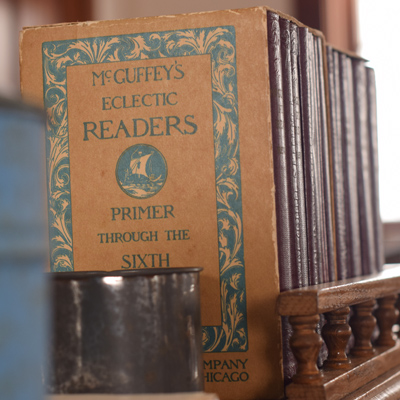 The Hughes Schoolhouse was a passion project for the history keepers of Liberty Township. Tour this spectacular relic during its next open house on May 5, or contact the Liberty Township Historical Society for additional hours.

Things to do History Buff