Butler County's Bald Eagle couple is back at it preparing for the upcoming mating season! 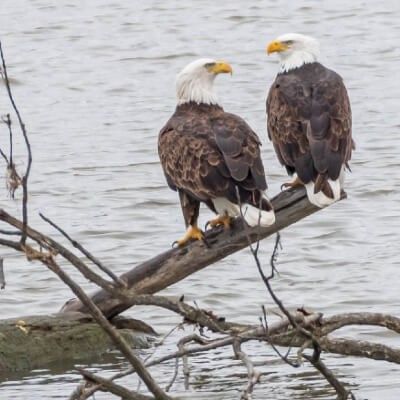 If you haven't heard by now, Ralph and Alice are one of Butler County, Ohio's favorite couples. Almost seven years ago, this Bald Eagle duo captured the hearts of many locals. After a successful mating season last year hatching four Eaglets, Ralph and Alice are now busy preparing for the upcoming mating season. This means a lot of hunting for fish and building their nest. For their fans, this means a lot of opportunities to capture beautiful photos of the Bald Eagles in action!

With Ralph and Alice nesting alongside the Great Miami River, it's the perfect place for them to catch their meals. Local photographers and Ralph & Alice fans, David Downie and Russ Ebbing, have captured these amazing photos of the birds in action. 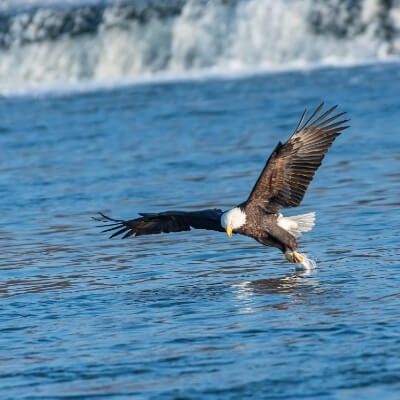 During mating season and while preparing their nest, Ralph and Alice spend a lot of time catching fish along the river. However, they can also be spotted hanging out in areas of Fairfield, Hamilton, Trenton, and West Chester. 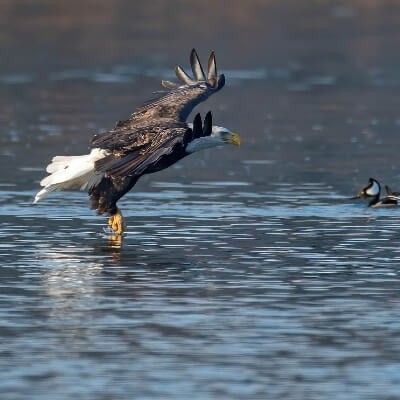 Generally, Bald Eagles will find a perch or will soar over the water in order to watch the surface closely. When they spot what they hope to be their prey, they will swoop down and dip their feet into the water. 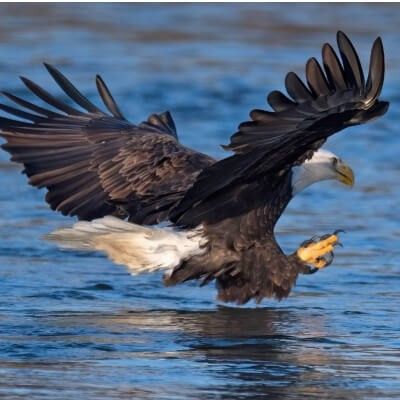 Just look at those talons on Ralph!

Their talons are curved and razor-sharp, designed for catching their prey. This also helps them keep a firm grip on their meal as they fly back to their perch to eat. 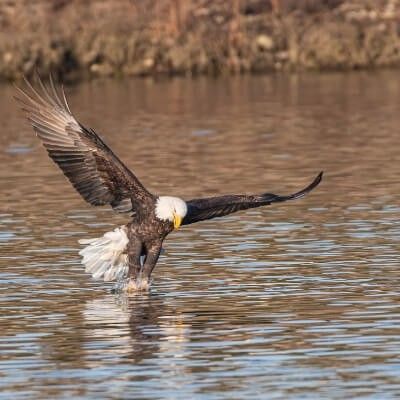 Unlike other birds that eat only seeds or insects, the Eagle must often fly great distances in order to find their food. This is also why Bald Eagles are the masters of soaring; it helps to preserve their energy while hunting, instead of rapidly flapping their wings in flight. 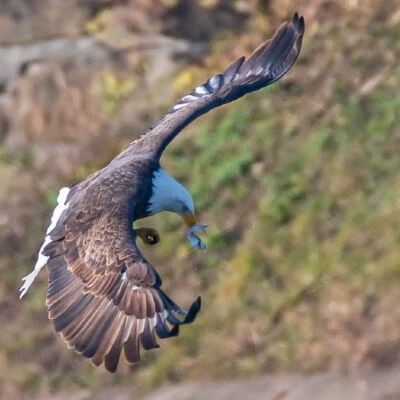 The Great Miami River is approximately 160 miles long— it flows through multiple cities in Butler County, including Fairfield, Hamilton, Middletown and Trenton. Any of these cities make a great spot for birdwatchers to catch a glimpse of Ralph and Alice, or other birds and wildlife.

Ralph and Alice fans say the couple is now approaching their seventh mating season at the same nest. Bald Eagle sightings are most common starting at the beginning of the year while they prepare the nests.

Alice will then lay her eggs anytime from mid February to late March, and the Eaglets will hatch in the early Summer. 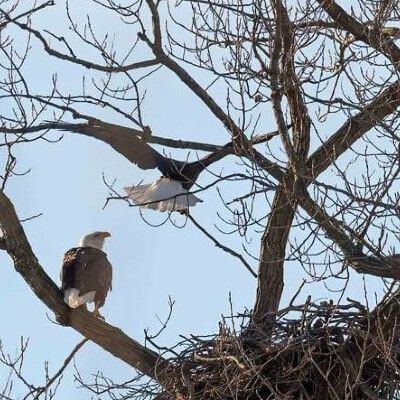 Both male and female Eagles spend time building the nest... it was actually Ralph and Alice's nest-building tendencies that got them their names.

The popular 50's sitcom The Honeymooners is known for being one of the first U.S. television shows to portray a working-class, married couple in an imperfect manner— displaying the couple's bickering and Alice's quick sarcasm. The personalities of the TV show couple Ralph and Alice matched those of the Bald Eagles, so photographer Stephen Flynn came up with the names. 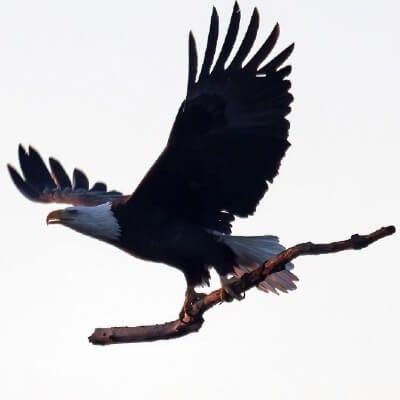 Eagles typically build their nests toward the top of a tree by stacking and interweaving sticks, branches and leaves to create a bulky nest. They then line the center with soft materials like grass, moss, feathers and twigs.

Many Eagles will keep their same nest each year if it proves to be successful; they will add new materials to the nest each mating season, and may increase the size by up to a foot in height and diameter each year. 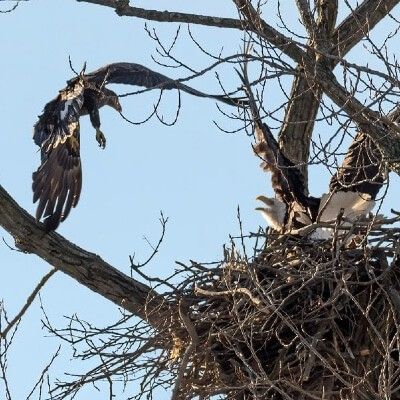 Ralph and Alice often sit at their nest to protect it while they add material, fighting off any intruders and other birds. This is even more common in early Spring after Alice lays the eggs; at that time, either Ralph or Alice will be seen protecting the nest at all times.

Bald Eagles also mate for life, so we hope to continue to see our favorite couple— and their Eaglets— around Butler County this year and for many years to come.

Who else is looking forward to this Spring for more Eaglets?