Fresh is the Family Business 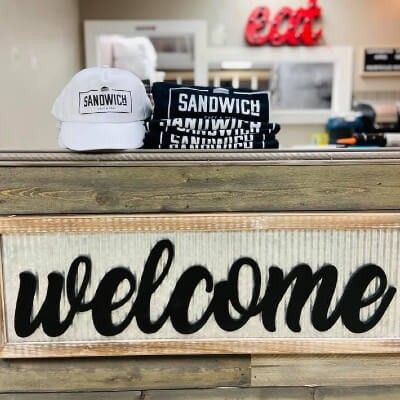 When Melissa Portillo decided to open up her own cafe, she wasn't quite sure what kind of place it would be. The only things she knew for sure were that everything would be made to order with fresh ingredients, and that her business would give her the opportunity to spend quality time with her family. Now, Melissa and her kids offer creative paninis, fresh deli sandwiches and daily specials at their cafe in Fairfield, Ohio.

As a nurse and a single mom, Melissa Portillo often found herself working long hours, which meant she wasn't able to spend as much time as she wanted to with her son and three daughters. For awhile, Melissa was working multiple nursing jobs.

"I love nursing because I love that aspect of helping people," she says, "But my dream is to spend time with my kids and have something that we can all do together."

Melissa first opened Sandwich Cafe & Deli in 2017 near Trenton, but ultimately she knew she would need a new location near more business. She packed up her shop and kept everything in storage while she continued to work as a nurse and actively searched for the perfect location for her business. 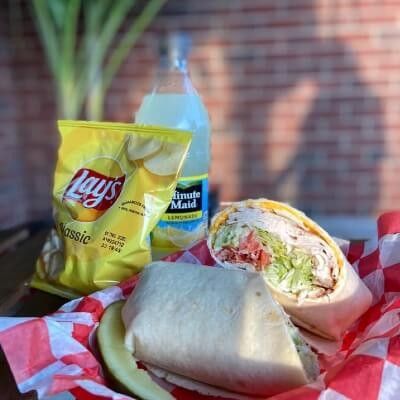 There were a few locations that caught her eye, but none of them worked out. Melissa's resilience and dedication carried her through. "I knew the right time would come," she says.

Her perseverance paid off when she finally found the perfect place for her cafe in the heart of Fairfield, where she has lived since she was about 15 years old. Melissa found the location in May and it took her and her family exactly 12 weeks of hard work to revamp the former computer shop into a working kitchen and eat in cafe. In August of 2020, Melissa officially opened Sandwich Cafe & Deli with a ton of support from the community and most importantly... the support of her four kids.

Melissa's older daughters help work at the cafe between their school schedules and her oldest daughter, a graphic student at Miami University, did all of the logos and branding for the shop. Even Melissa's youngest, her 7-year-old son, helps out when he can.

"He'll come in after school and sometimes he'll sweep once we close, so we will joke with him and call him the night shift," she laughs. "We're all just really glad that we get to spend much more time together.

With family at the core of the business, the cafe is also best known for their panini sandwiches and creative combinations. Melissa's family and her kids have all had a part in trying out new recipes and creating the menu. Customers can find a selection of paninis, deli sandwiches, and wraps— all freshly made to order.

Finding quality ingredients was really important to Melissa as she opened. She takes pride in the fact that all the meat, veggies and ingredients they use are picked fresh and never left frozen or pre-made. 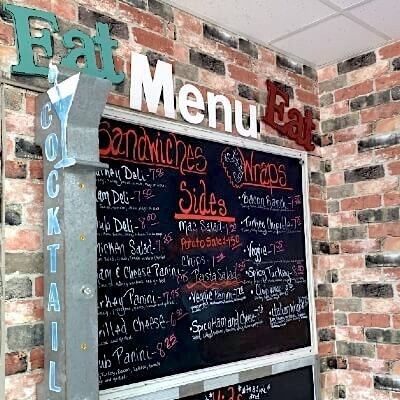 When someone in the family has a new idea, Melissa says they all like to try it out. That's how some of their most unique combinations— like the BBQ Pork Panini and Taco Panini— came to be staples on their menu. As the colder months come and go, the cafe will also offer hot options like soup, mac and cheese, and chili.

Melissa also says she plans to get involved with the community as they continue to grow. She hopes to hold events and fundraisers as a way to give back to Fairfield, because she says this community is really important to her. When the cafe is experimenting with new ideas, Melissa likes to take them to different businesses down the street to get a their opinions too.

If a customer wants their own unique combination, the cafe does their best to work with specific tastebuds.

"We used to have a barber down the street who always wanted bolognas which we never had. I finally decided to pick some up for him, because I wanted to make him something he liked. The next time he came in, he asked for a bolognas sandwich with ketchup, mustard and tomato... I told him, whatever you want!" Melissa laughs. "He became a regular, and we put his sandwich on the menu and named it The Barber... he went around telling everyone he had a sandwich named after him!"

With so many delicious and intriguing options, it can be hard to choose. Melissa says one of their most popular items is the Italian Panini with a side of pasta salad.

"My personal favorite is the turkey panini because I just love the pesto," She says, "But even all my kids love something different." 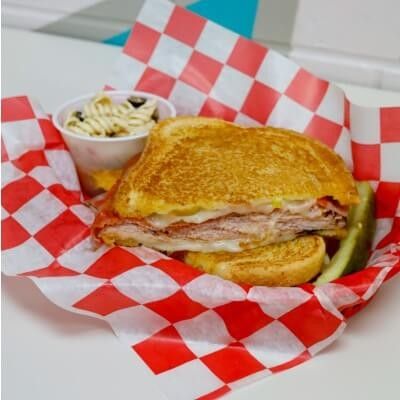 Customers also have the option of leaving it up to the experts... and trying the daily special! 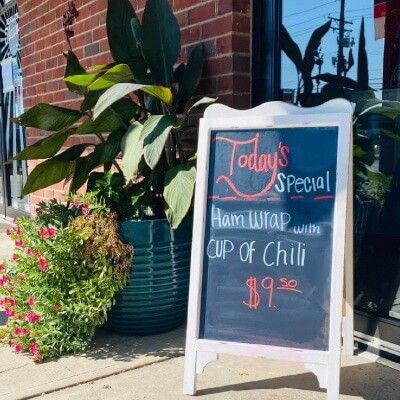