If you've ever been to Hamilton, you have probably seen at least one of the incredible murals painted around the city, and chances are, the mural was thanks to the StreetSpark Program. StreetSpark started back in 2016 as a way to energize Hamilton's streetscape with vibrant, meaningful murals while also providing opportunities for local artists. Currently the program has brought 11 beautiful murals to Hamilton... with three more planned for this Summer! 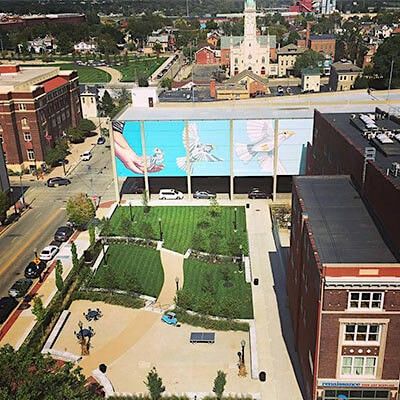 While we anxiously wait for these new pieces of art, StreetSpark has another fun activity planned over the next few months — and it involves a lot of fun, some selfies, a little detective work, and prizes too! Want to participate in the StreetSpark Summer Search? Be sure to follow them on social media to keep up with the clues.

Here's an example — The first Mural Search was posted on July 4. The Clue: Riversedge is back! In honor of Hamilton’s awesome concert venue, find the mural that celebrates the energy of live music! The Answer: The Golden Ethos Mural located at 134 N. Second St. 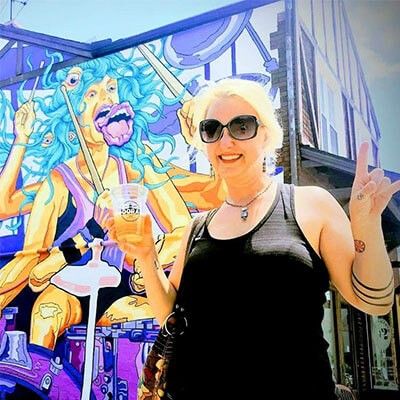 Each clue will lead you to a new mural where you have the chance to win a sticker set, additional prizes and some pretty sweet selfies. You have until July 10th, 2020 to take a selfie at the Golden Ethos mural to be entered to win the prizes below — one set of iron-on patches and pins, one set of artist pastels, and a limited edition mug made by North Second Tap and Bottle Shop in Hamilton. 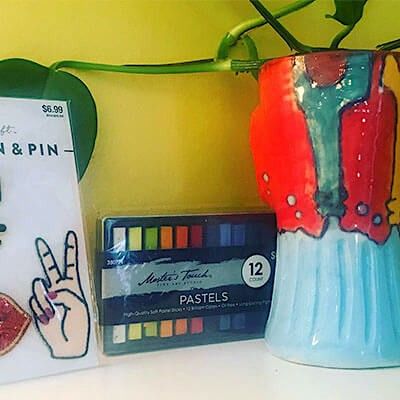 The clues will be posted randomly on both Facebook and Instagram so your best bet is to follow both in order to get the clues as soon as they are posted. Want to make it easier on yourself? Here are a few tips...

Want to know more about Clue #1? The Golden Ethos mural was painted in the Summer of 2018 on the side of North Second Tap and Bottle Shop. The inspiration behind this mural came from the music that is not only heard at the North Second Tap, but also across the street at the beautiful Riversedge Amphitheater. 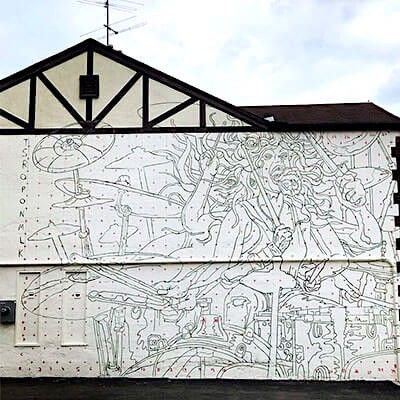 "Live music showcases the energy and movement of the performers, as well as the crowd. The electricity seems to permeate through anyone in the vicinity of the source, creating a sense of inspiration. The goal was to interpret these kinetic elements into a static form that interacts with the wall as opposed to a rectangular rigid design, just as a performer interacts with their audience. Portraying a powerful female figure participating in an occupation that is predominately male, helps to inspire women of all ages to strive towards being their true selves, and to not be afraid of the constraints of the social or professional norms we live in today," StreetSpark says. 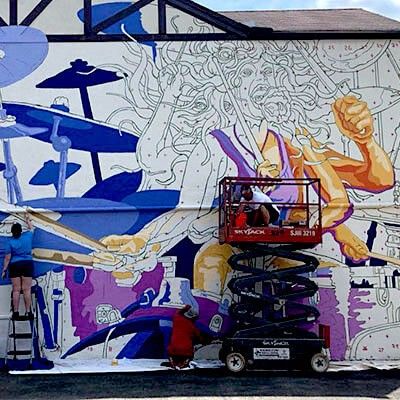 This mural creates a visual marker of what this specific aspect of Hamilton is all about... vibrant, lively music! 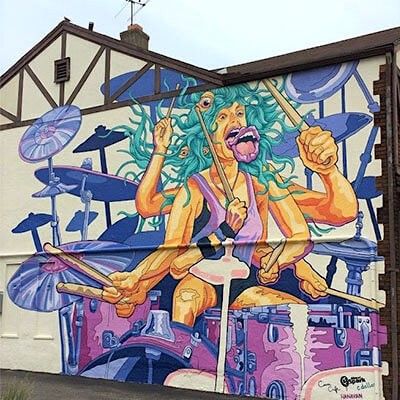 Each mural done by StreetSpark is led by a lead artist and designer, as well as a few additional supporting artists. The artists' names can always be found on each mural next to the StreetSpark logo. Golden Ethos was led by artist Christian Dallas with the help of Ciarra Craft and Mark Hanavan. 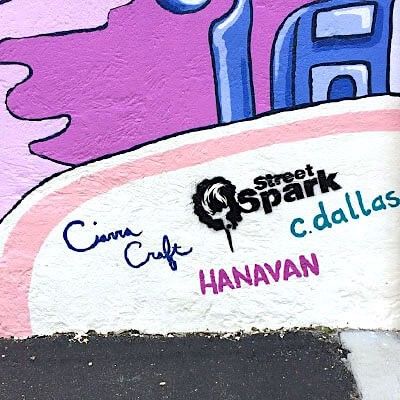 Don't miss out on all the fun and awesome prizes these next few months —The StreetSpark Summer Search will be going on through the end of August. The sticker sets will include limited edition mural stickers that represent some of StreetSpark's one-of-a-kind murals. Don't forget to follow StreetSpark on social media and keep your eyes open for those clues! 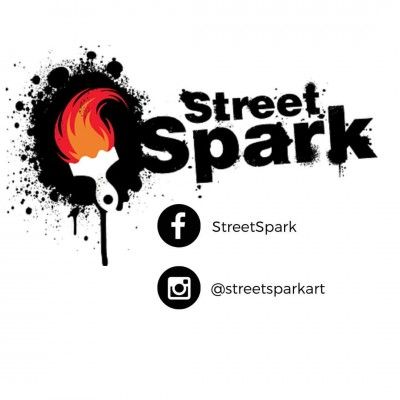 * All Photos Credited to StreetSpark *