Not Your Typical Toy Store

This toy store is the perfect mix of modern and vintage, providing an experience you'll never forget! 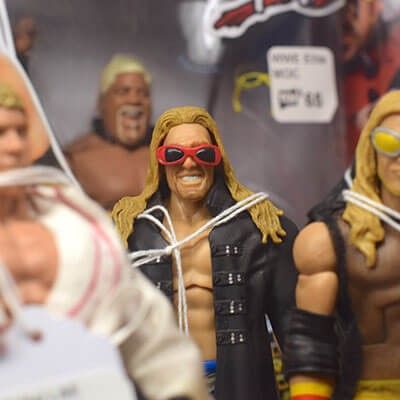 The Toy Department in Fairfield, Ohio will take you back in time to the fondest memories of growing up with your favorite toys. The shop recently moved into a new, larger space to accommodate an even bigger selection of products ranging from affordable modern options meant for play, all the way to the highest quality in rare vintage collectibles! Whether you're an avid toy collector or just looking for someplace cool to check out... The Toy Department is a great destination for any age and every budget.

This group of four friends loved toys so much, they made it their business! James Sawyer, Kenny Koepnick, Chris Neal, and Matt Mull all met while attending toy shows individually and became friends over the years. They first opened up The Toy Department in 2018 realizing the Ohio area had a need for a toy store, especially in the spirit of The Earth Toy Mall, which closed its retail space in 2008.

With a love for toys and plenty of knowledge on selling and collecting them, their store has quickly became a fan favorite and grew quickly. James' son Blaze Sawyer also joined the team as the store's popularity continued to increase. It was only a short two years after the grand-opening that they realized they would need more space in order to continue growing.

Just recently The Toy Department moved into a larger space... and luckily for them and their loyal customers, it's only steps away from their old location. 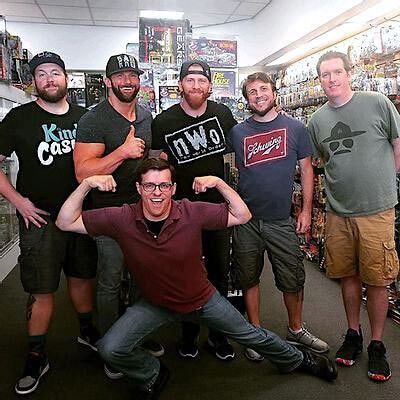 The Toy Department is much more than your typical toy store though... it's really a whole experience. It's a great place to reminisce with your favorite toys, hear the cool stories behind some of the rare collectible items, or be introduced to new products. The store provides that nostalgic toy store experience for adults, while still allowing for new toy experiences for the younger generations, and connecting the two.

"We just keep working to become an even better destination. It's awesome to see people's faces when they first walk in," says one of the founders, Kenny Koepnick. "We see a lot of cross-generational collecting in families too, which is really cool to see." 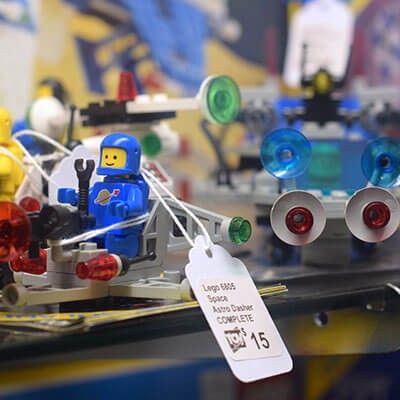 The store not only brings in people from all over Ohio, but all over the country as well— some customers driving 12+ hours to check out the incredible inventory. From vintage toys to rare pre-production prototypes and all the way to new favorites... there is a little something for everybody.

Walking into The Toy Department, your eyes are first drawn to a glass case of rare action figures (some unproduced), and a cardboard cutout of Yoda that originally appeared as a store display for one of the first Star Wars movie premieres. There are over 50,000 toys lining the walls, in display cases, or on shelves just waiting for their next adventure. 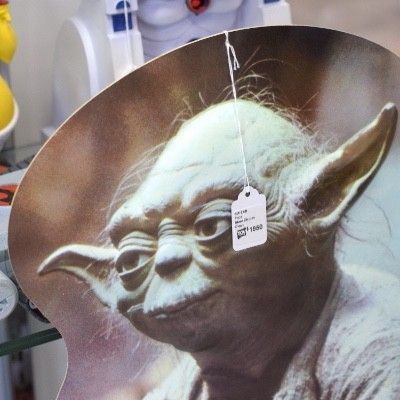 Although The Toy Department offers a huge variety— Hasbro, Barbie, Marvel, DC, Mattel and more— their real speciality is their large selection of Kenner products. Kenner was started in Cincinnati, Ohio back in 1947 and quickly became very popular. Throughout its history the Kenner brand produced several highly recognizable toy lines including Star Wars, Jurassic Park and Batman.

The brand stopped its manufacturing in 2000 and now The Toy Department is known to carry the best selection of Kenner toys and memorabilia in the area. Their extensive Star Wars collection is a must-see for any fan.

"Star Wars across the board is timeless, across all eras," Kenny says. 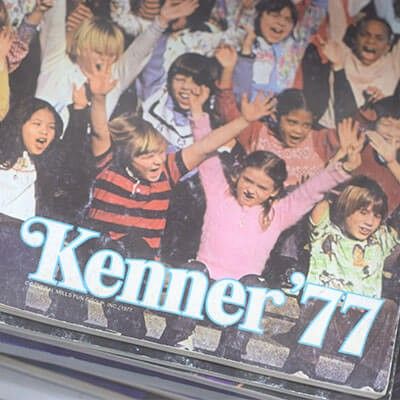 As toy collectors and sellers for years prior, James, Kenny, Chris and Matt all have their own areas of speciality in the toy biz. At one time, Chris was one of the top G.I. Joe sellers in the country.

Among the five of them, the friends have extensive knowledge in Ghostbusters, Marvel, Transformers, G.I. Joe, Green Arrow, Mezco, and more. They are always there for help, recommendations or to chat about their inventory. 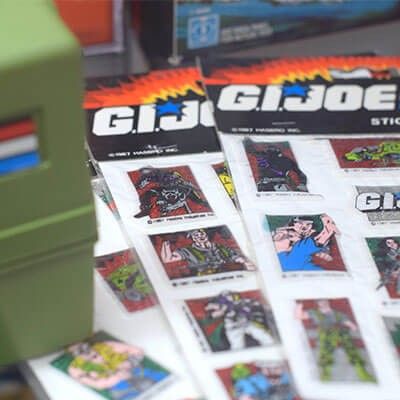 In one of the display cases in the back, you'll also find vintage toys dating back to the 50s, 60s, and 70s. Classic favorites like Major Matt Mason action figures, Aurora Prehistoric Scenes Model Kits, and even the 1979 Kenner Alien Action Figure Crack in the Dome.

About 95% of their inventory is second-hand. The Toy Department is always buying in new collections and products, and customers can actually get cash on the spot for selling— no collection is too small!

In addition to all of the vintage finds, The Toy Department also carries extremely rare collectibles... like this little guy below! His name is Chief Chirpa, and if you're a Star Wars fan, you know he is the the Chief of the Ewoks dwelling in Endor's Ewok village.

What makes him so special, you may ask? 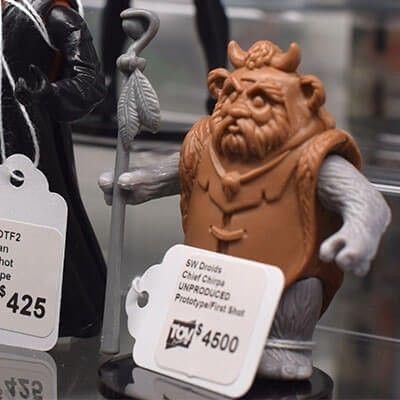 This toy specifically is an un-produced Kenner prototype that never ended up being produced or sold. The Toy Department purchased it from a customer who had actually bought it for only a few bucks from a flea market.

"If you didn't know anything about it, then it would be easy to mistake it for something like a Happy Meal toy," Kenny jokes.

But out of all the unique toys and collectibles in the store currently, this Star Wars Jawa (pictured below) is their most expensive and rare product. Priced at $9,000 this toy is extremely sought after and many collectors won’t consider their collections complete until they own one. What makes it so unique? 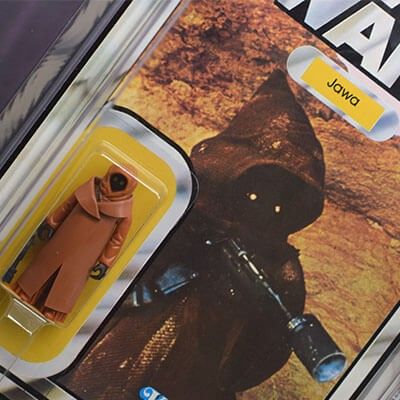 The vinyl cape Jawa was probably the last of the first 12 figures to be released by Kenner. When the original Jawa action figures were produced, they came with a thin vinyl cape. However, with the second wave Jawa figures, the vinyl capes were replaced with sewn cloth robes.

Ironically, the vinyl cape Jawa is now one of the most sought after and expensive Kenner Star Wars toys. 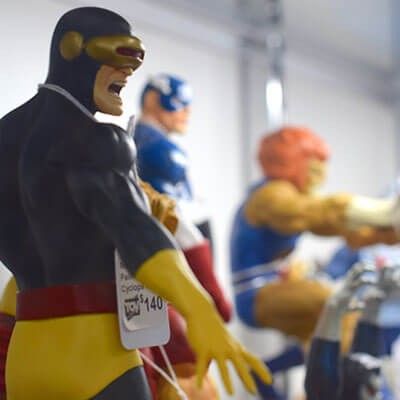 Along with Kenner brand memorabilia, The Toy Department specializes in other prototypes and pre-production collectibles as well. The entire store is full of display cases and it may take some time to look through them all— but it's definitely worth it for all of the stories, nostalgic toys, and cool stuff you'll find in your time browsing.

For a sample of some of their impressive inventory, you can check out their online store on eBay. 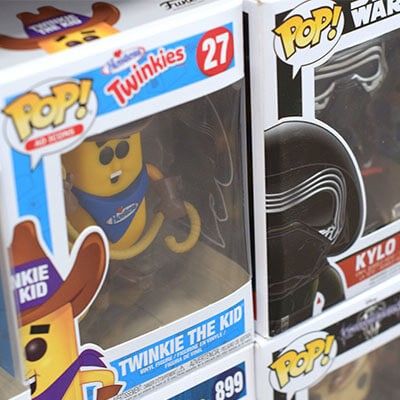 The store's new expansion back in March of 2020 allowed for additional inventory on the retail floor as well. With more space, they were able to take more products out of storage to display.

A brand new aisle was even created, entirely dedicated to Barbie, Strawberry Shortcake, Care Bear, and other popular brands both vintage and new. The addition of space also increased another popular toy line for kids today... Monster High Dolls. 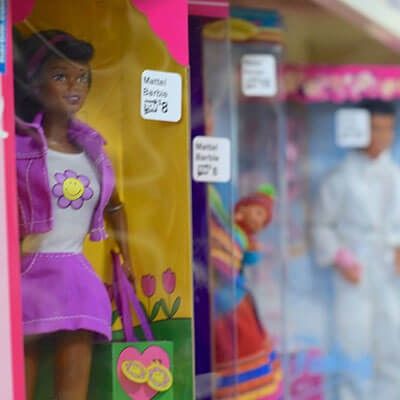 From aisle to aisle, The Toy Department is always a new adventure. It would be easy to spend hours inside and forget about the time. The love for toys is a universal feeling that we all had... and probably still do!

Not to mention, The Toy Department is extremely accommodating for all their visitors. With toys starting out at only $1.00 and with such a widespread variety, there's a toy for all budgets and interests— which always makes for a great family adventure, bonding experience, friend activity, or solo trip. 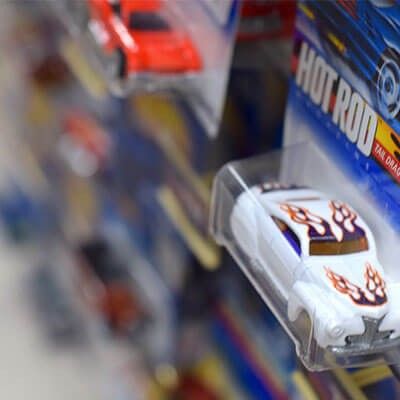 The Toy Department has exceeded the expectations of a typical toy store. With a business ran by friends and family that derived from one common passion, they have cultivated a community as well as family-friendly destination.

"One of my favorite parts has just been being able to work with my friends and work in nostalgia," Kenny says.

But as with any experience this nostalgic, diverse and playful, visiting The Toy Department is different adventure for everyone who walks through the door. Which only means one thing... you'll just have to check it out for yourself! 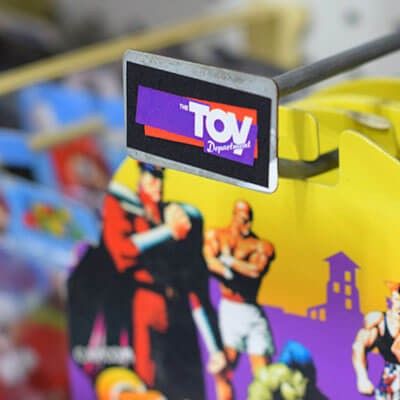