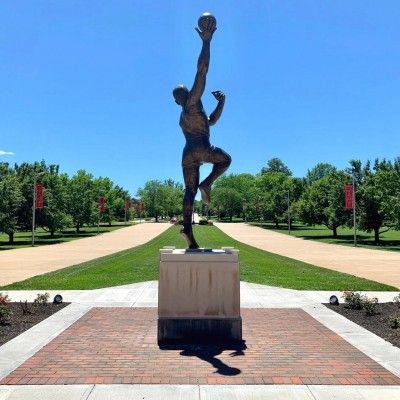 There's a new statue welcoming visitors at the entrance of John. D Millett Hall at Miami University. The statue highlights multi-time NBA  champion and Miami alumnus, Wayne Embry, in his No. 23 jersey and signature hook shot. As a standout athlete and distinguished leader, the statue not only honors Wayne's basketball legacy, but also the transformative impact he has made beyond the university.

In 1955, Wayne Embry was one of the first Black student-athletes to attend and play basketball for Miami University. He scored 1,401 points during his Miami career— still ranking among the university’s top 12 all-time career scorers— and his 1,117 rebounds still rank second all-time at Miami. Inducted into Miami University’s Athletics Hall of Fame in 1970, Embry is one of only six Miami men’s basketball players to have his number retired. 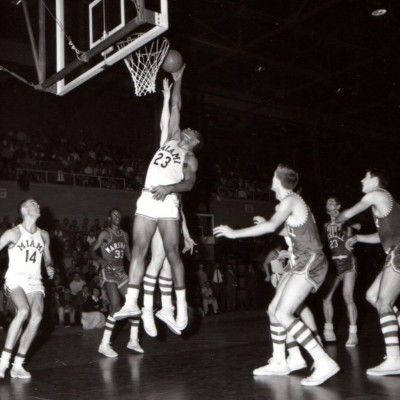 Wayne's legacy broke down racial barriers and opened doors for generations of Black students and student-athletes, both at Miami and across the country. In 1958, Wayne began his 50+ year career in the NBA, starting off as the standout center for the Cincinnati Royals. From there, he joined the Boston Celtics, and then concluded his playing career in 1969 with the Milwaukee Bucks.

However, his time in the NBA did not end there. Wayne then went on to be the NBA’s first Black general manager in 1972 for the Bucks, the vice president and general manager of the Cleveland Cavaliers in 1985, and lastly the senior basketball advisor to the president of the Toronto Raptors— a position in which he continues to serve. 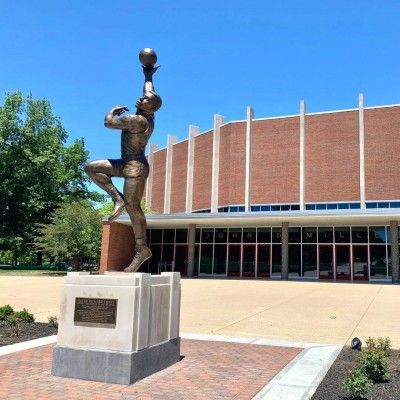 “The impact that Wayne Embry has made in his lifetime goes so far beyond Miami University and the game of basketball at all levels. It is impossible to put into words the true scope of his influence and the ground he paved for so many,” said the Miami University Director of Athletics, David Sayler, in a university article.

The statue, created by sculptor Tom Tsuchiya, is also the first one on Miami's campus to honor a Black alumnus. In addition to the statue, Miami Athletics is also creating the Wayne Embry Scholarship in his honor. The scholarship will support Miami varsity men’s basketball student-athletes.

A Lifetime of Leadership & Inspiration

On May 18, 2021 Miami University held a dedication ceremony of the statue. During the event, Wayne and his late wife Terri were also announced as the recipients of the university's Freedom Summer of '64 Award. This award is bestowed by Miami each year to distinguished leaders who have inspired the nation to advance civil rights and social justice. 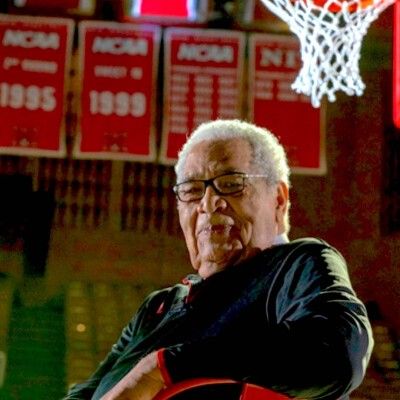 A single red rose lay on the chair to honor Terri, who died in August 2020 at age 82. While accepting the award, Wayne said he is only the recipient of about 25% of this award, as his wife is the one who was "a great advocate of change," he says. Theresa "Terri" Embry fought for racial equity and inclusion for more than 50 years. She marched from Selma to Montgomery with Martin Luther King Jr. and worked towards the passage of the Voting Rights Act of 1965.

Wayne and Terri met at Miami University in the late 1950s, during Terri's freshman year while the civil rights movement was in its infancy. The couple worked together on the front lines of the civil rights movement in the 1960s, and were known throughout their lives for their fierce activism. More recently, Wayne also co-authored his own autobiography in 2005 titled, The Inside Game: Race, Power and Politics in the NBA. 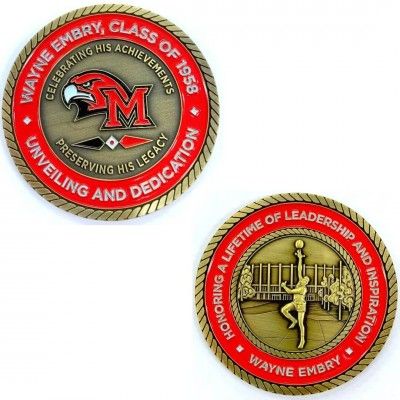 As a basketball pillar and recognized leader, Wayne Embry continues to give back to his profession and community in many ways, as well as preserving his and Terri's work in social justice. Learn more about Wayne and his lasting impact in this article by Miami University.

"When [people] walk by that statue I just hope that it inspires young student-athletes to try to be the best they can be," Wayne said during the dedication ceremony. "I came to Miami University and fell in love with the place, and still am. Love and honor." 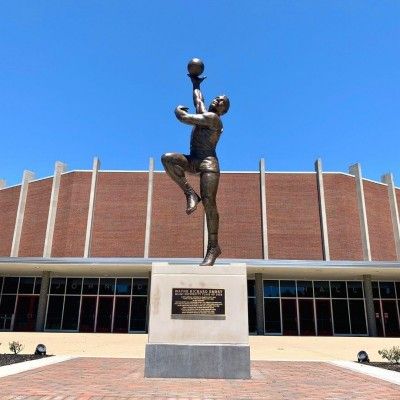