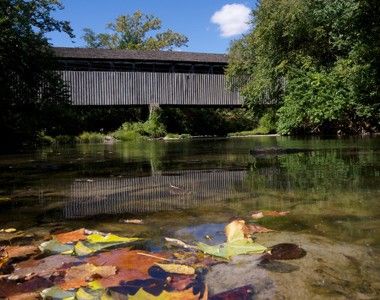 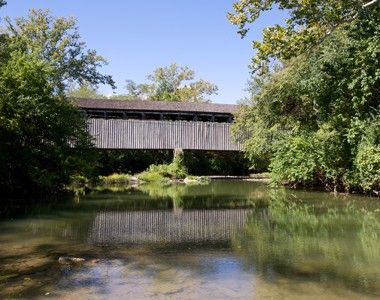 The Black Covered Bridge spans Four Mile (Talawanda) Creek and is the only covered bridge in Butler County remaining in its original location. Built in 1869, the bridge was originally known as the Pughs Mill Bridge in association with nearby grist and saw mills built by J.B. Pugh.

The Doty Homestead house was built in 1836 and is furnished with artifacts typical of the 19th century when the Doty family kindled fires in the four chimney hearths. An adjacent barn of 1840s vintage was relocated from Trotwood, Ohio in replacement of the previous barn that burned in 1980. The barn contains many examples of historic farm implements relating to early agricultural life in the region.