A destination's history reminds us of where things started and inspires us to keep moving to where we want to be. On March 24, 1803, the State of Ohio established Butler County. The county was named in honor of Richard Butler, who was killed in St. Clair's defeat in 1791. It was originally part of Hamilton County. Butler County is rich with historical landmarks, museums, sculptures and historic districts.

You'll see many museums and memorials throughout Butler County, reminding you of days gone by. The Canal Museum in Middletown lies on the former route of the Miami-Erie Canal and showcases displays of the canal and the early industry of Middletown. The Soldiers, Sailors and Pioneers Monument in Hamilton sits on the site of Fort Hamilton and prominently displays a 17-foot Civil War Soldier proclaiming victory. In Oxford the Freedom Summer 1964 Memorial, located on the historic Western College campus of Miami University, commemorates the civil rights workers who were trained at the Western College for Women, now part of Miami University.

Hamilton is home to many stunning historic homes that mark the grand architecture of years past. The city offers walking tours that highlight the area's most notable structures and provides a booklet that details the historical significance of each property. Take an interactive tour of Hamilton's historic landmarks and view the tour booklet by visiting the city's digital booklet: Walking Tours of Historic Hamilton, Ohio.

Take a step back in time and experience the most stunning and significant historical landmarks in Butler County. 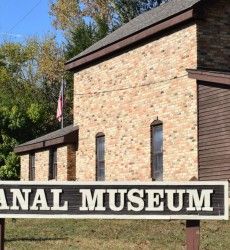 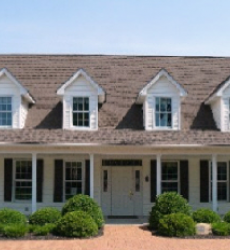 The Chickahominy House was copied from the Old Chickahominy House in Colonial Williamsburg, Virginia. It was designed to showcase the interior of a modern home from the late 1890s to early 1900s. The original house from Virginia was restored in 1955 and is now a world-famous restaurant. The museum... 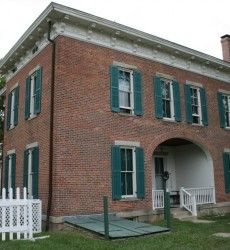 Built in 1874, this farmhouse was the home of the leading family of the Amish-Mennonite settlement that existed in the early 19th Century and is listed on the National Register of Historic Places. there are a variety of events hosted here throughout the year and it can be reserved for picnic spaces... 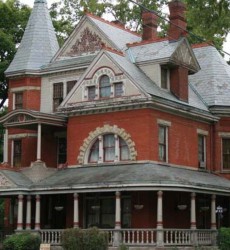 The Dayton-Lane Historic District encompasses homes of Hamilton's prominent industrialists. Featuring more than 200 structures represent architectural styles from the last quarter of the 19th century. The 1868 Titus Atlas of Butler County shows that the area contained within the district was only... 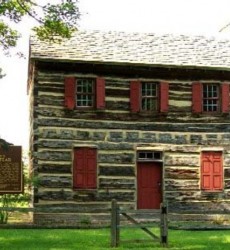 The log house of Zachariah Price DeWitt is the oldest remaining structure in Oxford Township. It is the last of the pioneer homesteads established along the Four-Mile Creek before Oxford Township, the town of Oxford or Miami University even existed. The DeWitt Log House is a two-story log structure... 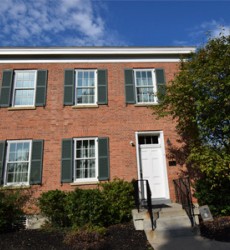 The Elisha Morgan Mansion is a Flemish Bond brick farm "mansion," built c.1817, and stands as a treasured historic landmark in the City of Fairfield. It has been determined that the house, as it presently stands, was constructed in three stages. The original Federal style front portion, facing Ross... 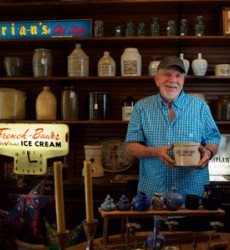 Shandon General Store and More is the former home of A. R. Robinson's General Store. In November 1905 construction began on this building for Alexander and Ellen Robinson. The country store was in operation until 1969. Since then it has served as a meat market and antique shop. 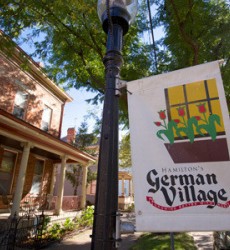 German Village is a nine-block historic district located immediately north of Hamilton's central business district, and adjacent to the Great Miami River. It has been listed on the National Register of Historic Places since 1991. It was the first residential development outside of Fort Hamilton...

The smell of fresh air and a bit of historical flavor are just a few of the ingredients that bring a touch of nostalgia to this preserve. The Governor Bebb Preserve features a historical pioneer village, which includes the log house birthplace of William Bebb, Butler County native and Ohio's... 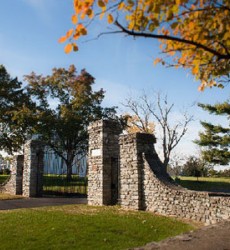 Hamilton's original burial ground, established in 1848, is a prime example of the rural cemetery movement of the first half of the nineteenth century. Listed in the Department of Interior's National Register of Historic Places, Greenwood is noted for its fine collection of marble statuary and large...