This family-owned record shop is all about music + community.

Three Feather Records is the new vinyl shop in Fairfield, Ohio. Eric DePrato and his two sons, Jack and Mitch, opened the business in 2021. Customers can find a variety of records, audio equipment, guitars, t-shirts, art and more. TFR also hosts live music shows on the weekends, as well as movie nights and other events.

Owning a record shop was never in Eric's plans, but as a former nurse, he always knew he wanted to be an entrepreneur. It was his two sons, Jack (21) and Mitch (17), that proposed the idea of opening a vinyl shop for music-lovers and musicians like them. 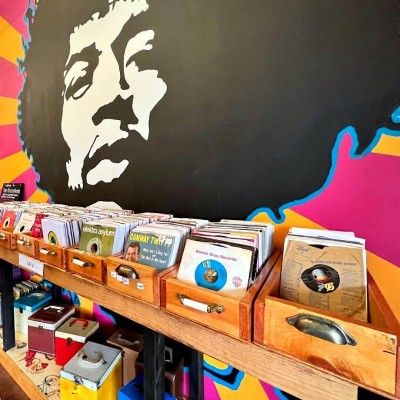 Eric agreed on one condition: they all run the shop together.

Since opening, Three Feather Records has developed a big collection of vinyls, both used and new. The DePratos hope for the shop to become a local hangout, where people want to come to relax and listen to music. 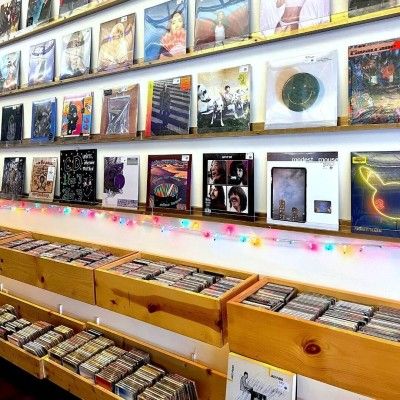 Customers can find just about any genre of music; from country to rap to classic rock and more. It's easy to spend hours in the store browsing the collection of vinyl records and CDs.

Eric says he has been a huge lover of music all his life, but his sons are the musicians in the family; Mitch a drummer and Jack a guitarist. The name Three Feather Records was inspired by the trio's favorite band, Foo Fighters, as well as being a tribute to their wife/mother. 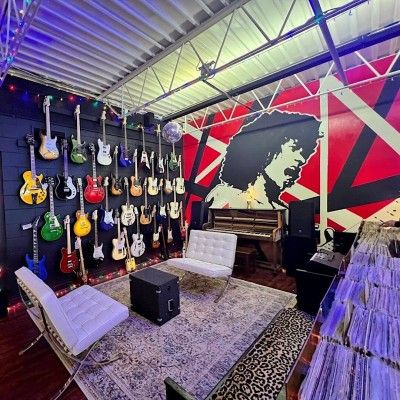 After Eric's wife passed away, him and his sons found comfort and bonded over music. They often traveled to see Foo Fighters in concert, which had been Eric and his wife's favorite band.

Foo Fighter's lead singer Dave Grohl has a feather tattooed on his forearm, and Jack got the same tattoo in tribute of his mom. Later, Eric and Mitch ended up getting the same tattoo, which inspired the shop's name: Three Feather Records.

Alongside their selection of vinyls, TFR also offers a variety of audio equipment, including speakers and record players ranging from $50 to $700. You can also find a variety of popular band t-shirts, posters and art. 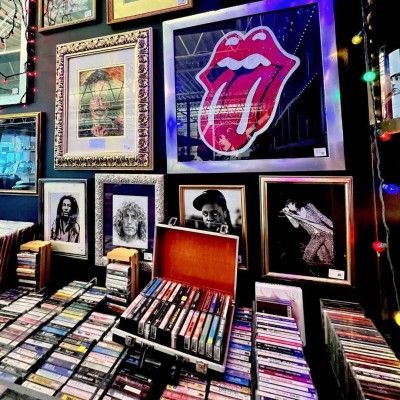 One of Eric's personal favorite products at TFR is the art. "All of it is just so unique in its own way," he says.

Some of the art Eric actually makes himself, and the rest is sourced locally. They also sell a variety of framed music posters, both modern and vintage.

Before opening, the DePratos knew that a big part of their mission was to support the local music scene and help highlight local bands. They want to provide a space for local and up-and-coming artists to perform. "Everyone has to start somewhere," Eric says. 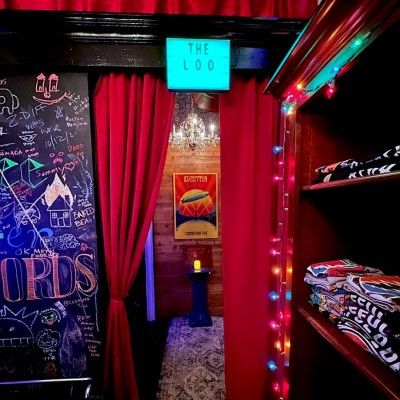 Three Feather Records typically hosts at least one free live show every weekend. They love collaborating with all kinds of artists and bringing the community together. Eric, Jack and Mitch all agree that the live shows have been the best part of this journey. "It's just awesome to watch such talented people do their thing," Eric says.

Open Tuesday through Saturday, 11am - 8pm 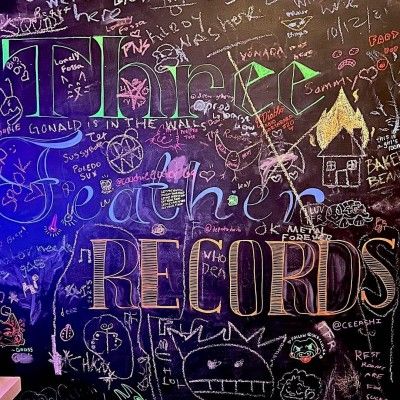